The Evolution of Man – Hands and Feet

I visited the Cradle of Humankind in South Africa this summer where I found out about the recent discovery in 2015 of a treasure trove of remains of a species called Homo Naledi, distant cousins of us Homo Sapiens. The bone structure of these skeletons were smaller than humans, with the exception of the hands and feet which were around the same size as modern humans.

This got me thinking again about how really really important strength and flexibility in the hands and feet are to our ability to remain strong and pain free through our various joints:

Back to South Africa. As I was standing there pondering the importance of the hands and feet, I heard the lead archaeologist state in the video feed:

So, if evolution developed us from the outside in, doesn’t that make our hands and feet important to our continued strength and development and humans? Are you enjoying living in your evolved body or has modern technology taken you backwards? Could you do more work to keep your hands and feet strong and flexible? Give it a go and let me know how you get on.

Maureen
Maureen Evans founded Complete Movement in order to bring a new style of movement teaching to East Lothian, Scotland and the City of London. Her emphasis on empowering clients by providing them with information and educating them allows them to put into practice the activities taught long after the lessons have finished. Her background as a corporate director means that she understands real bodies and what they go through.
Recommended Posts
Comments
© 2017 Complete Movement
Privacy policy
Terms and conditions
UNIQ Marketing and Design
Contact Us

We're not around right now. But you can send us an email and we'll get back to you, asap. 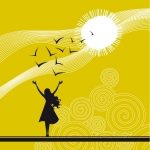 5 Top Tips to Get Rid of Pain in 2019back pain, knee pain, pain, pilates, Uncategorised