Maureen Evans, started getting back pain aged 19 and subsequently suffered from knee and neck pain.

Maureen, a maths graduate and MBA spent 20 years working in a senior professional position, carrying heavy laptops on and off airplanes and suffering from back, neck and knee pain. Pilates was the only thing that was effective in relieving her pain.

Maureen chose one of the most demanding Pilates qualifications in the world and is one of only a handful of graduates in Scotland qualified with Polestar Pilates. Then, she extended her skills with a year long course in Myofascial Movement with Natural Bodies in London.

Despite her depth of understanding, what you’ll get from sessions with Maureen is a simplicity and clarity that will help you to move and feel better. Coaching is defined as “unlocking people’s ability to optimise their own potential” and in this sense Maureen truly coaches you.

Maureen is is also a Leadership and Executive Coach using her unique Body-Brain coaching through her coaching business The Complete Leader.

Want to know more about Maureen? Have a look at Maureen’s Blog “Why do I do what I do?”.

We're not around right now. But you can send us an email and we'll get back to you, asap. 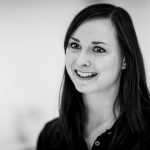